Our Dubai Downtown itinerary takes us to the heart of Dubai where some of the city’s most famous landmarks live, such as Burj Khalifa, the tallest skyscraper in the world, to the world’s largest mall, Dubai Mall (they are both truly enormous). There are also many more incredibly Instagrammable locations along the way featuring captivating art installations, dazzling sculptures, iconic buildings, and an Arabesque-styled marketplace, all of which will have you taking center stage, ready to pose for the camera.

This is the first stop of the Downtown Dubai tour and one that is very popular. Here, we’ll capture you on the grounds of the spectacular Palace Downtown hotel with the backdrop of the Burj Khalifa.
2

Next is the Dubai Trolley, a great addition to the Downtown Dubai area where you’ll have the chance to pose in front of one that is permanently stationed which again has views of Burj Khalifa.
3

This sculpture showing angel wings has proven to be incredibly Instagrammable feature and one that can’t be missed especially as the tallest building of the world can be fully captured in all its glory.
4

We’ll then hang out at Burj Park for a while. This open area has a few art installations, a long pedestrian walkway and offers incredible views of Burj Khalifa which towers from above.
5

Next you’ll face in front of the three finger statue and do the homonymous salute which has become a trademark of the nation, symbolizing victory, winning and love.
6

While at Burj Park, you’ll hold onto a dandelion… a 7-meter tall, larger-than-life dandelion for that matter. Its large-scale size is only fitting given its location next to the tallest building in the world, the Burj Khalifa.
7

You’ll then stand beside the unique and architecturally-impressive Dubai Opera, a 2,000-seat multi-format theatre which is a more recent addition to the ever expanding Downtown Dubai area.
8

Just opposite the Dubai Opera is a beautiful calligraphic sculpture known as the 'Declaration' where we’ll spend some time to capture some fantastic content.
9

As we head even closer to Burj Khalifa, you’ll then marvel at this awe-inspiring structure from its base and notice how far back your neck has to go before you see its tip.
10

As we continue closer to Dubai Mall, we’ll then encounter a shimmering, voluptuous-shaped 5 metre high heart which you’ll leap and reach out for.
11

We’ll then enter and roam around the world’s largest mall, stopping at several artwork installations scattered around that are true gems and are incredibly Instagrammable.
12

You’ll be mesmerised by the striking water feature known as the Human Waterfall nestled inside the Dubai Mall where we’ll capture content from a few different angles.
13

In front of the Human Waterfall, there’s a perfectly placed art installation which is heart shaped. Creating a heart sign with your hands here is very fitting.
14

Translated in Arabic as ‘Market of the Sailor’, this last stop of the tour is a special one as the Souk Al Bahar location offers some fantastic spots that are surrounded by more traditional Arabesque-styled architectural elements and sand-colored buildings.

Here’s a snapshot of just some of the picture-perfect locations from our Dubai Downtown photo and video shoot itinerary. This really could be you striking a pose with these Instagrammable backdrops and creating beautiful content for your Instagram feed. 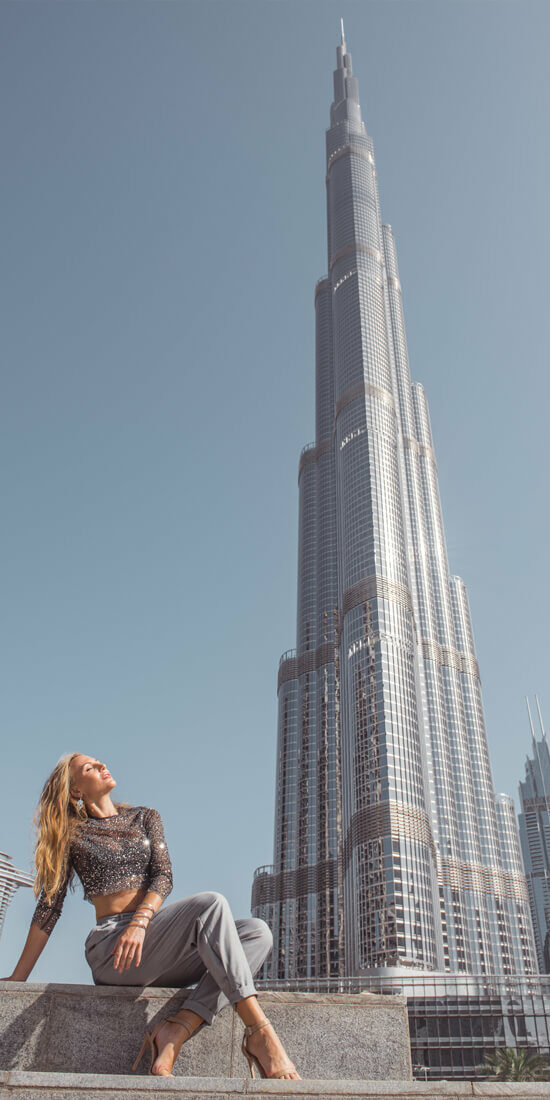 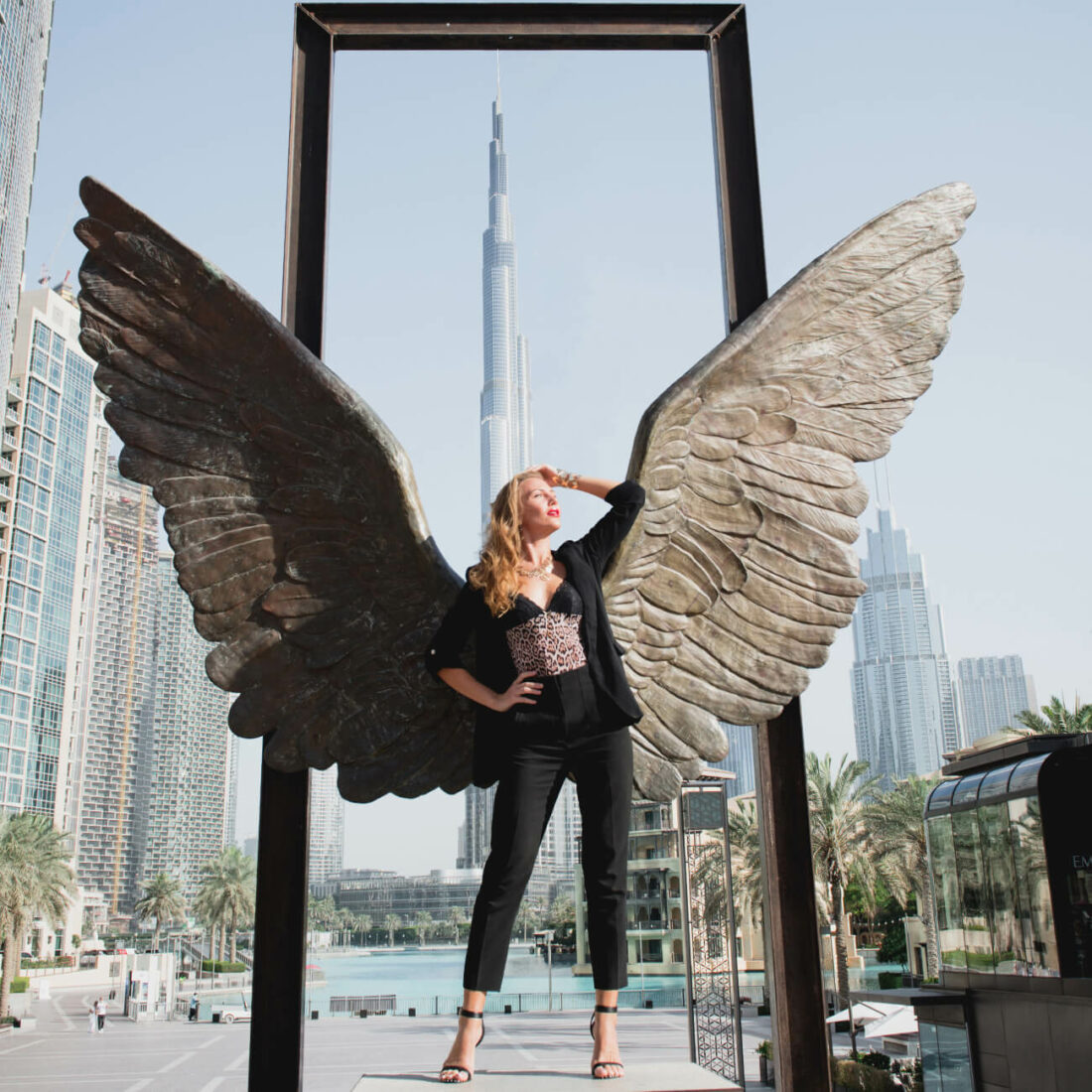 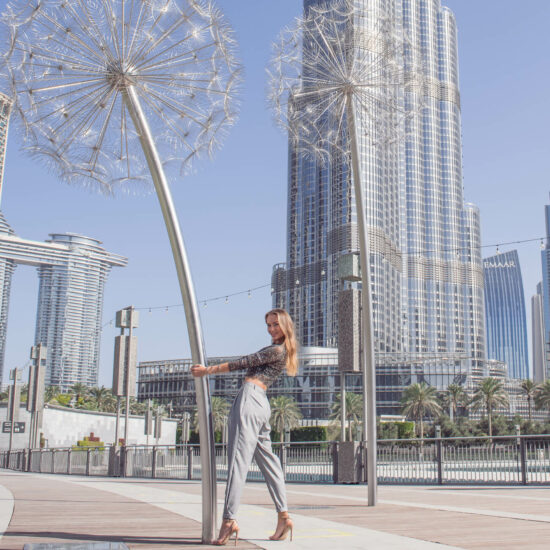 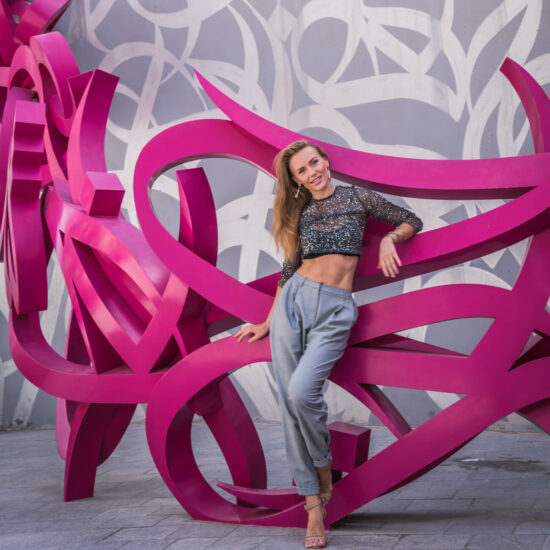 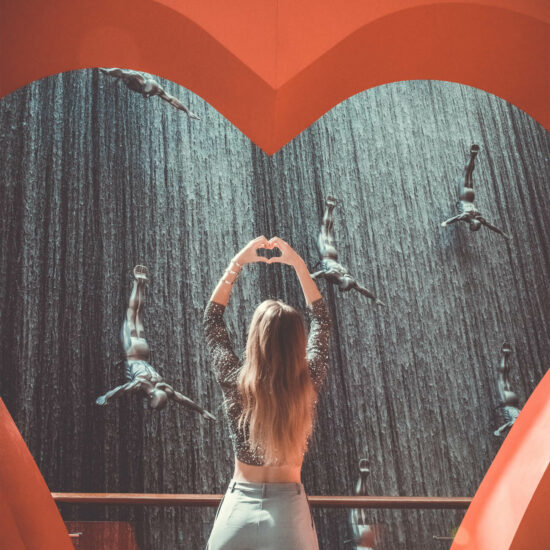 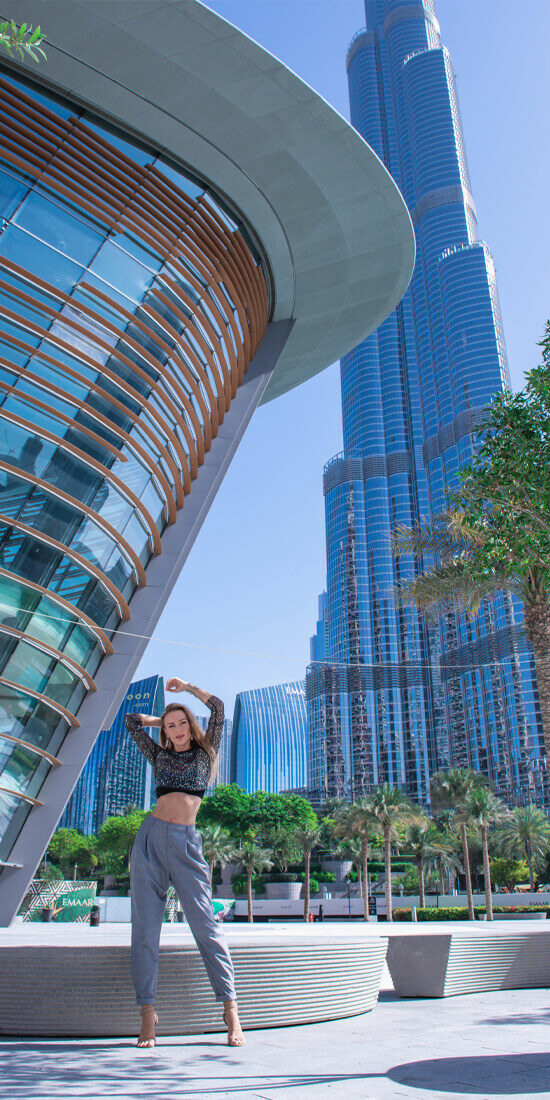 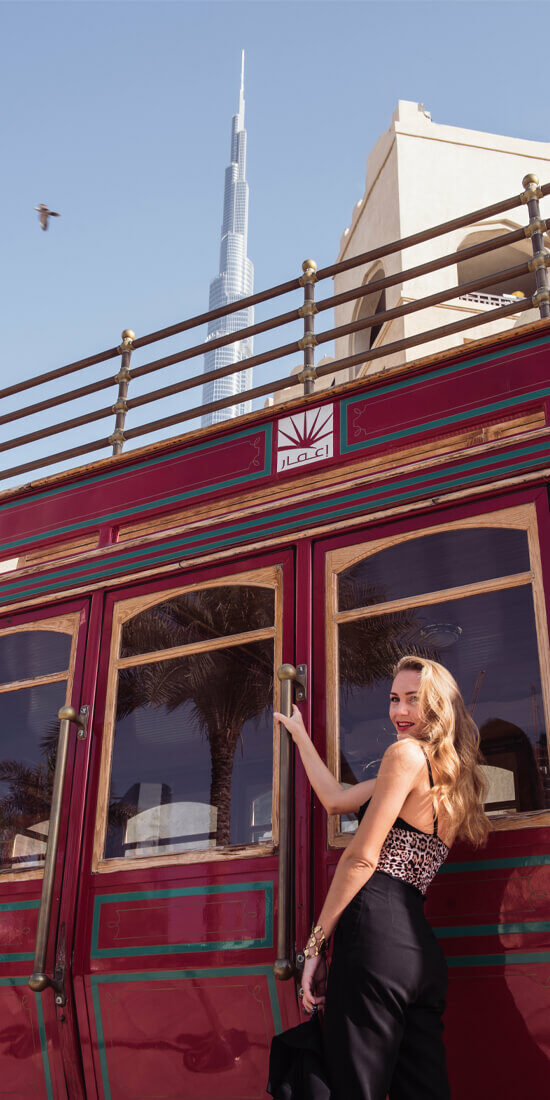 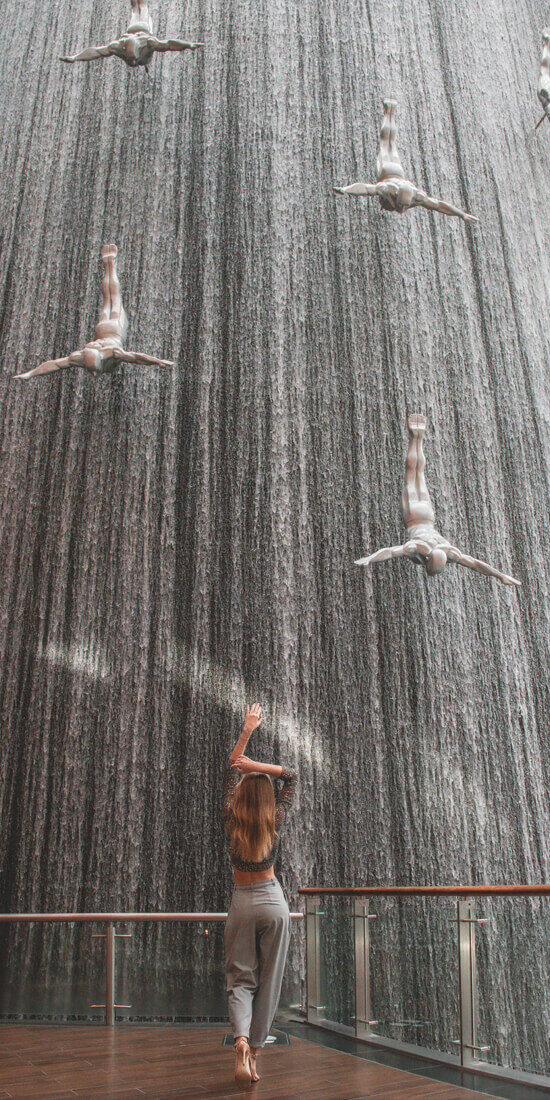 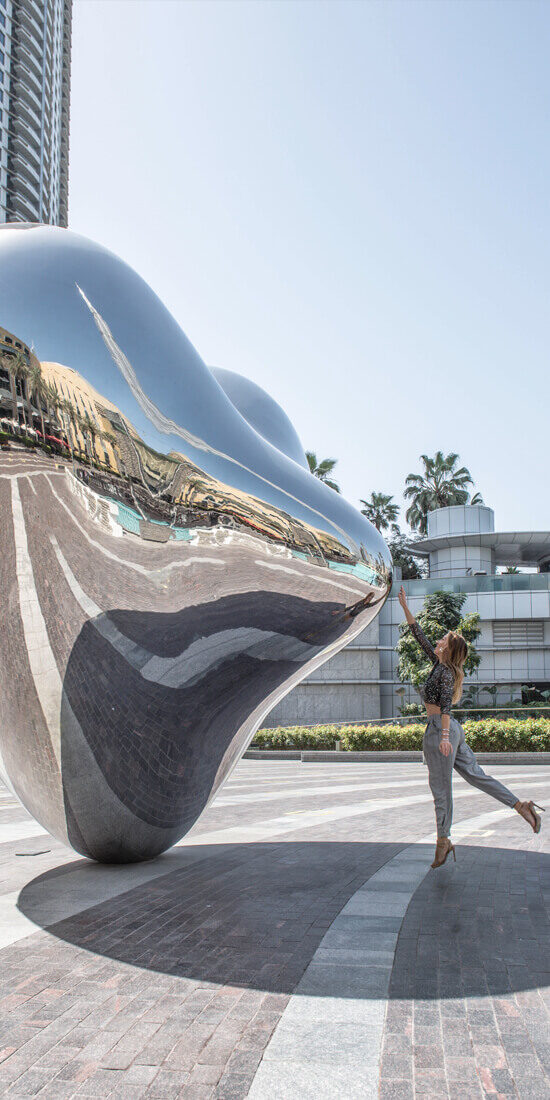